In the same way the tree of life with its 10 spheres or S’phirot (סְפִירָה singular S’phirah, Hebrew for sphere or counting)  is a representation of the universal energy all around us. Each sphere represents a range of energies of the universal energy, a diagram of a Reality that would otherwise be too abstract for us to understand. It is thus a model for the Universe and the anatomy of the psyche.

And when we discuss “Energy” as in Universal Energy, it is no different from its scientific use for frequencies or vibration of physical matter, from solids to liquids to gases to super heated gases (plasma). Here and in other esoteric material, these states of matter are defined as earth, water, air and fire respectively. Each of these states only differ in their frequency of vibration.

You will discover how the tree of life is spans the most abstract level of our being called the Ain Soph Aur in Hebrew to the most concrete, the physical world.

Further, we will discuss the concept of the 3 Pillars of the Etz Chaim of Kabbalah and the 3 Principal Nadis of Yoga. It will also highlight the similarity between the two systems. With every spiritual tradition there is a large amount of overlap in cosmology, which must be so if they are describing truth right? The 3 Triangles and more.

In the course of this series you will come across many Hebrew words as well as their English transliteration. The Kabbalah is a vast subject and you will come across many different English transliterations, all of them correct. The Hebrew for the Tree of Life is עץ חיים – it can be transliterated to Eitz Chaim or Etz Hayim etc. For example, the letter ח starts the word for Life and can be spelt Cheth or Het which leads to the word Chaim or Hayim.

The word S’phirah means sphere or count and refers to each sphere you see on the Tree. Other spelling you will come across on the Internet and in literature is Sephirah. My Kabbalah teacher can read, write and speak Hebrew. He used the word S’phirah which stuck with me and it will be used here. S’phirah is singular and S’phirot is the plural – spheres.

Each colour in a rainbow is due to a range of frequencies of the visible light spectrum which scientists have divided into 7 colours. These are the 7 colours we are all familiar with: ROYGBIV, Red, Orange, Yellow and so on. However, they could have chosen to divide the rainbow up into 8, 9 or whatever different colours. Similarly, on the Tree of Life, each Sphere or S’phirah represents a range of frequencies of the Universal Energy. 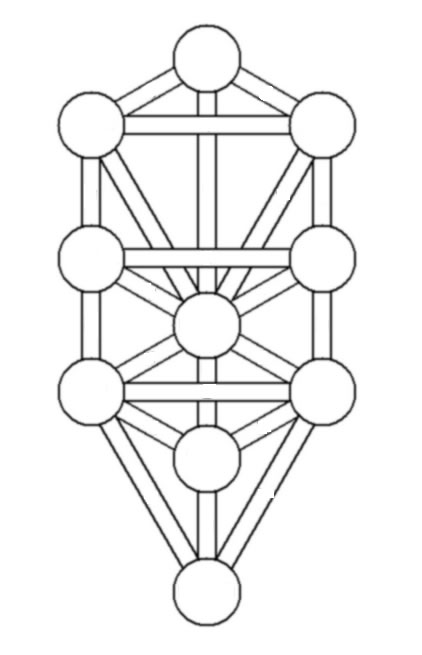 Fig.1 Simplified diagram of the Tree of Life

The more detailed view of the Tree of Life has 10 S’phirot (plural for S’phirah). In Kabbalah 10 is believed to be the number of completion and where as others say it is was chosen because we have 10 fingers (i.e. it was random). Like the 7 colours of the rainbow, the 10 S’phirot represent the total energy of manifest reality (Fig 1).

Fig.2 If you tear a hologram in half, you can still see the whole image in each piece. The same is true with smaller and smaller pieces[3].

With a hologram, every piece that makes up the hologram of, say, an elephant has the entire elephant on it, the only difference is one piece may emphasise the elephant’s trunk and the other its tail. The Tree is also a hologram, each S’phirah contains the whole of the Tree with that particular aspect emphasised. We then end up with sayings like “there are Trees within Trees”.

The arrangement of the S’phirot are important with each vertical “pillar” representing a different function at work in our psyche and in nature (Fig. 3). After all, the Tree is only a diagram. Its potency comes from our unconscious connections with its symbolism. To understand the 3 pillars is to understand the basic workings of our psyche and our Energy Field and to give us the ability to tap into those qualities, abilities and resources they represent. It is a spiritual technology. It brings balance] 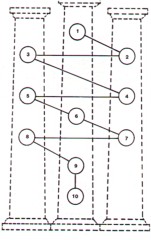 b) The side pillars of Austerity and Compassion

The 2 side pillars represent the positive and negative forces in nature; the active and the passive, constructive and destructive, the stimulating and the receptive[2] anabolism and catabolism.

On the microcosmic level, the left hand pillar is called Austerity because the combined qualities of its s’phirot on the personality is morally strict, severely simple and provides us with self-discipline. Compassion is considered to be feminine, not in the way we understand the word in terms of gender, but because when we are in this mode we are in a receptive, passive state. For example, if we were listening to a lecture, receiving the ideas of a speaker.

The right hand pillar is called Compassion because the combined qualities of it S’phirot is having compassion for another rather than judging, criticising or condemning them. Like the left pillar, Austerity is best not to interpret this pillar in terms of gender, but to think of it as an active, stimulating state of self expression. For example, if we were the lecturer giving a talk to an audience.

Any unbalanced alignment with either of these pillars would create an overly austere, uncompromising personality of the left to an overly jovial, irresponsible personality on the right. The balance between these 2 outer pillars is the Middle Pillar of Serenity.

c) The Middle Pillar of Serenity

Being in alignment with the Middle Pillar is as if we had walked from a barren desert into a peaceful garden with ancient Wells of water; these spiritual energies are refreshing for the entire psyche.

Reaching up into the Infinite Light or Ain Soph Aur and down into the depths of matter of Adama (Earth), on an individual level the Middle Pillar is our main power cable to the Universal Energy. Like a tightrope walker that goes neither to far to the left or right, the middle pillar represents a state of perfect balance and Serenity.

On a larger scale, many Lightworkers (people who work on healing the Energy Field of the Earth) use the Middle Pillar technique (or similar spiritual tool) to help raise the awareness and bring healing to places on the earth that are in distress. These places of stress, that often manifest as war, disease and conflict, are due to archetypes (in our unconscious we call the sub personalities) in the Earth’s Energy field that are in difficult aspect (i.e. they have a difficult relationship with one another). This can be seen in the hard and soft aspects in astrology.

The S’phirot of the middle pillar represent levels of consciousness, from the level of physical awareness to cosmic consciousness, which is the bindu (“point” in Sanskrit) or gateway to the Supreme Being, that great sun that destroys nescience and illusion by its very nature of pure awareness. 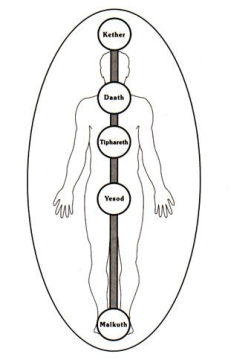 Fig.4. The Middle Pillar and the Energy Field

Building the Middle Pillar in the Energy Field with Divine Names for each S’phirah, invokes a powerful influx of energy from the Supreme Being. The combination of sound (the Divine Name) and awareness on the S’phirot brings life force to that portion of the energy field they represent, the result of which is personal or planetary healing.

The rivers Ganga and Yamuna along with the now mythological Saraswati, are the most sacred rivers in India. In ancient India Saraswati was a large river flowing from a glacier in West Garhwal [6] yet today Indians still believe the river exists. In Indian Culture, mythology and reality blend together.

In Yoga there are 72,000 energy channels called Nadis (Sanskrit for nerve). An acupuncturist would call them meridians. Of these 72,000 Nadis, 16 are important and 3 are the most important. These three holy rivers in India are symbolic of the 3 Principal Nadis in the Energy-Field.

The first 2 Nadis, Ida and Pingala are connected with the left and right lung respectively. They are like the 2 poles of a battery that drive the electrical energy through a circuit. When the two nostrils and two lungs are balanced, the 2 nadis are balanced and as a result pranic energy can flow more easily through the energy-field.

Some people one meets in life are always the victim of circumstances or martyrs, they are always getting sick and they struggle to cause anything to happen, and they are accident prone. These people are in victim or martyr mode. This is an overly yin personality who predominantly have their left lung more active than the right lung.

Then there are other people who tend to be aggressive, invasive and over-bearing, they don’t allow other people their freedom. Overly yang personalities behave as if by relaxing and lettings things happen, when it is more appropriate to do so, the universe would grind to a halt by their failure to drive it. This is the state of a hyperactive adult or child [3]. This is an overly yang personality who predominantly have their right lung more active than the left lung.

The ida nadi connects to the position of the left nostril in the aura and spirals the way down to connect with the base chakra. It affects the yin breath. Its nature is as that of the moon.

The pingala nadi connects to the position of the right nostril in the aura and spirals the way down to connect with the base chakra. It affects the yang breath. Its nature is as that of the sun.

Sushumna Nadi is the main central channel of the energy field corresponding with the spinal column in the physical body. This is like our main power line to the Universal Energy. 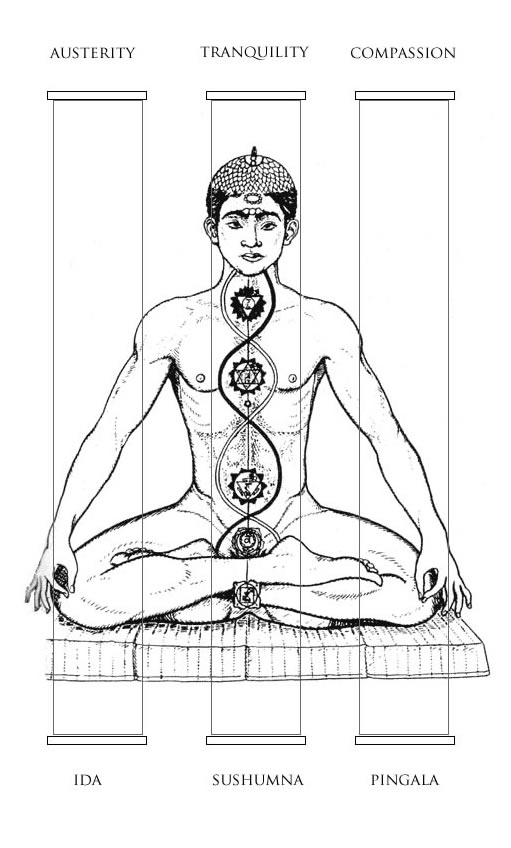 Fig. 5 The Three Principal Nadis and the Three Pillars

6. The anatomy of Sushumna nadi

Fig.5 Sushumna nadi is actually made up of 4 nadis

Sushumna nadi is actually made up of 4 nadis that correspond with Earth, Water, Air and Fire. Each nadi has a seed sound or Bija Mantra that actives it (Fig 5.). These Bija mantras also correspond with the 7 Chakras discussed in a later assignment.

The 4 elements are not the same as what we know and are familiar with in physical science. Perhaps a more accurate description are the 4 physical states of matter: solids, liquids, gases and super-heated gas or plasma.

It is useful to implement the 4 elements in meditation because they are a powerful metaphor and signal to the unconscious mind. More on this in a later assignment on Tantra (or Alchemy).

The 2 systems of Kabbalah and Yoga fit perfectly together (Fig. 5). The 3 pillars of the Atz Chayim correspond exactly with the 3 principal Nadis of Yoga. If two people, one from the Kabbalistic way and the other from the Yoga way met, they would both speak of the same spiritual concepts, only using different terminology – Hebrew and Sanskrit respectively.

Ida nadi gives us a better understanding of the left Pillar of Compassion, and Pingala gives us a better understanding of the Right Pillar of Austerity. Sushumna nadi and the Middle Pillar both represent our main power line to the Universal Energy. When we energise and purify the sushumna nadi, we become more in tune with our Life Purpose. This is also the middle way in Buddhism and the Dharma in Taoism.