What follows is a description of the three divisions of the Tree of Life known as the Three Triangles of the Etz Chayim (Hebrew for Tree of Life).

2. Left and Right Hemisphere’s of the Brain

This model has been found to be practical in the field of psychology, much like the description of an atom is useful in the fields of chemistry and physics.

3. The Tree of Life as a Model

If a child is shown the inside of a nuclear reactor, she will describe it in the way she understands because the technology she sees is very different to what she is used to. The Tree of Life was developed as an aid to represent the Universe in a way the left hemisphere of the brain understands and is used to.

The 13h Century Spanish Kabbalist Rabbi Joseph Gikatalia is a key personality in correlating the Tree of Life and meditation. His book, Shaarey Orah (Hebrew for Gates of Light), is one of the first published works to present the Tree of Life with it’s ten S’phirot in diagrammatic form [2]. Kabbalists tell us that the Tree is a model for the psyche (a Jungian term used to refer to the whole of our being) and also of the Universe.

The right hemisphere may have experienced these qualities and energies represented by the Tree, but it is very different to what the left hemisphere knows to be true. For this reason, the Tree is a map that is useful to the left hemisphere of the brain to navigate our way through the vast energies of the universe we are immersed in. However, the energies the Tree refers remain theoretical until one has actually experienced them and described them in one’s own terms.

4. The Three Triangles of the Etz Chaim

Kabbalists have mapped 5 aspects of our spiritual nature and in this assignment 3 of these aspects will be discussed.

The Three Triangles is a general way of explaining the Tree of Life before the explanation becomes more particular and detailed. It is a common arrangement used by Kabbalists and it gives the student a good broad introduction and context into the subject. 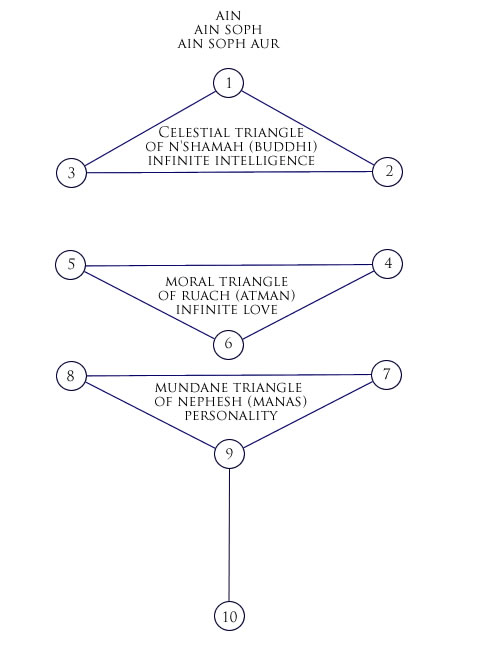 Fig 1. The Three Triangles of the Etz Chaim

b) The Celestial Triangle (fig. 2)

In the silence of meditation there is an Infinite Intelligence where we perceive an Infinite Knowledge, or Da’ad. This level of creation, or “World”, is known to Kabbalists as Olam Atzilut, Hebrew for the World of Divine Emanation (fig 4). It is the level of the Divine and when we use the Divine Name for each S’pherah we tune ourselves into this level.

In Kabbalah this triangle is referred to as the N’shamah from the Hebrew word Nasham, to breathe. In Sanskrit, this category is called Buddhi which is a feminine noun similar to the masculine noun Buddha. A loose translation is Intuitive Intelligence or Higher Mind.

It is by the Ruach Hokodesh that the Biblical authors and prophets performed miracles. A direct translation of the word is Holy Spirit but a more accurate understanding comes by translating the words to Universal Love Energy.

This level of creation is known as Olam Briah or the World of Creation (fig 4), the world of the Archangels.

In Kabbalah this trangle is referred to as the Ruach from the Hebrew word –. In Sanskrit it is called Atman, used in Hinduism and Vendanta to identify the Soul or Self. Interestingly this word comes from the Indo-European word for breath: “Et-men”[4].

This is the level we are all familiar with, the personality and ego.

This level of creation is known as Olam Yetzirah or the World of Formation (fig 4), it is the world of the Angels.

In Kabbalah this triangle is referred to as Nephesh which literally means “the complete life of being” in the sense of a living creature, or animal Soul. It is the aspect of the Soul we share with animals. For us it is the primitive self which carries within it the memories of animal evolution, the fight or flight reaction and survival instincts.

The yogis called this world “Maya”, the sanskrit word for Illusion. This is probably because on the level of the personality most of our perceptions and opinions are not based on the reality of the 2 upper triangles but on the outer world of things and objects.

Manas is the Sanskrit word for this triangle meaning mind, a word that implies intellect, thought, perception and memory.

Connected with the 3 Triangles are the 3 Granthis or knots of Tantra and Yoga where Maya (illusion or false perceptions) is said to be the strongest.

Brahma Granthi is in the region of Malchut and the Mundane Triangle. This psychic blockage in the Energy-Field ties the awareness to sensual perception and the physical world[4]. Attachment to the physical body and world.

Vishnu granthi is at the region of the Moral Triangle. This psychic blockage in the Energy-Field causes the desire for emotional security, expression and fulfilment[5].

Rudra granthi is at the region of the Celestial Triangle. This granthi is associated with attachment to siddhis (Sanskrit for “Attainment”), psychic phenomena and experiences[6].

The Etz Hachaim is a powerful spiritual technology that gives us the ability to tune into the qualities, abilities and resources we all have within us. The tree is a vehicle into the “upper worlds” like you would climb into a car and drive to beautiful new lands. It is designed to help free ourselves from the entrapping of our own ignorance. The spiritual energy, shefa or prana its practice invokes will magnetise your aura with the energy of abundance. And most importantly, it will bring about integration of your being.

When we look at a television screen we know the actors aren’t in the box, and it is the same with the Tree: It must be remembered that the diagrams of the Tree and the 3 Triangles are not realities but symbols with a tremendous amount of meaning to the unconscious mind.

When we use these kabbalistic symbols and mantras (A mantra is a sound we use in meditation) we achieve a greater state of awareness and healing. As a result of regular practice, we can say, with Jesus, that are able “to live life and to live it more abundantly”.