In the late 1990s I met Ivan Kaplan, he opened the fire-doors for me on the way to his flat on the 3rd floor of a block of flats in Johannesburg, South Africa. Fire-doors are there to prevent fire from spreading through a building. Well, they did not prevent the holy-fire from spreading and fanning the fire in my heart and soul to a blaze. This first meeting was the beginning of a life-long mentorship and friendship. 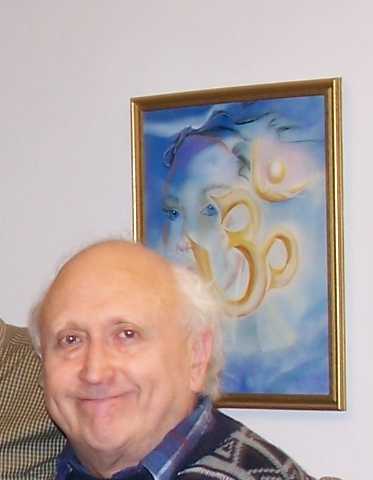 Ivan’s approach was integral, he combined many different traditions and methods into a whole. He said they all overlapped and enhanced the other. He was a Buddhist a Yogi and a Kabbalist, he was not a purist. He understood that no esoteric tradition is pure, they are all syncretic and come from many different places. Like our genetics, a friend has a distant ancestor from Java and yet she looks caucasian. Over time we forget and believe in “purity”.

He taught his students with the highest standards and I occasionally experienced his austerity and disapproval. His rigidity, some of his student complained, was unrealistic, unnecessary, unbearable even. One person left during Hatha yoga and a long day that turned into evening: “oh for goodness sake” he remarked, and disappeared down the passage.

Ivan created 10 courses, in each we experienced specific processes and were initiated into the energies of the esoteric topic he taught. From Sattipitanah (awareness meditation) to NLP to Kabbalah to Alchemy to Kriya Yoga. I later learned that each course was a stepping stone to further enhance the Kriya Yoga. The initiation which I personally received from him more than 20 years ago.

After a life dedicated to his spiritual practices and especially Kriya Yoga, Ivan passed away in 2020 – during the COVID-19 lockdowns here in South Africa. I spoke to him a few days before he died, by now he was very hard of hearing but we managed. When he realised I wanted to come to see him he said no, people in Johannesburg were not corona virus compliant, I must no risk it. I knew, though, that he did not want me to see him. All part of his transition to the next world perhaps…?

My wife held a satsang with me and a few others virtually over Zoom on Sunday 18 July, a few days before his death. The radiance flowed through our circle and we chanted Yod-Hey-Vav-Hey – the 4 letters of the Ineffable Name – over and over. His spirit was with us and we knew he was departing. I am sometime incongruent with my own knowing. I kept on phoning him, with no answer. It occurred to me in September of that year to call Shirley Sax: he passed away on the 21 July

After reaching out to my Kriya Colleagues many of whom had spent many years with Ivan, we had a memorial for him at my house on the 18 October 2020. Apparently a date which was an astrological joke between him a Shirley. At 3pm, the hour his memorial started, Shirley called me. She was chanting “Om shanti shanti shanti”. She passed away a few days afterwards. Ivan spoke of her as his soul mate, and yet, he was a committed bachelor loyal only to his spiritual practices.

Ivan helped to lay a solid foundation for my own spiritual practice through the experiences he facilitated as well as how to facilitate and initiate others into most of what he taught. The many rituals we did on all of his courses, some with large groups, were intense and he demonstrated an acute awareness of energy and fields and how to work with them. “Don’t laugh” he once said during an initiation rite, “it scatters the energy”. It wasn’t his austerity, it was an energetic fact to him.

He enjoyed clairvoyantly seeing students auras light up for the first time, perhaps in years, when practicing pranayamah – breath control. Our breath is an intimate part of us and a powerful tool. Ivan believed that practicing spiritual technologies – which is what he called yoga, kabbalah and other methods – is the most important thing you can do in a lifetime.

In Ivan’s last years, he repeatedly told me that his commitment to yoga, breathing and meditation was the most worthwhile thing he did this lifetime. He once lamented that “the forces of ignorance are strong on this planet” when observing some people’s lack of interest in what he had to offer and the workshops he ran.

Some of his students are themselves now teachers (Ivan preferred the word facilitator) and each of us have our own unique connection and have had dreams of him since he died. Ivan said he can’t even remember how many times he has visited the spirit world and those whom have passed on. I have no doubt his trip to the spirit world was quick and that these dreams are, in many cases, visitations. In a universe of energy-fields, form is but a ripple of consciousness away from those we love.